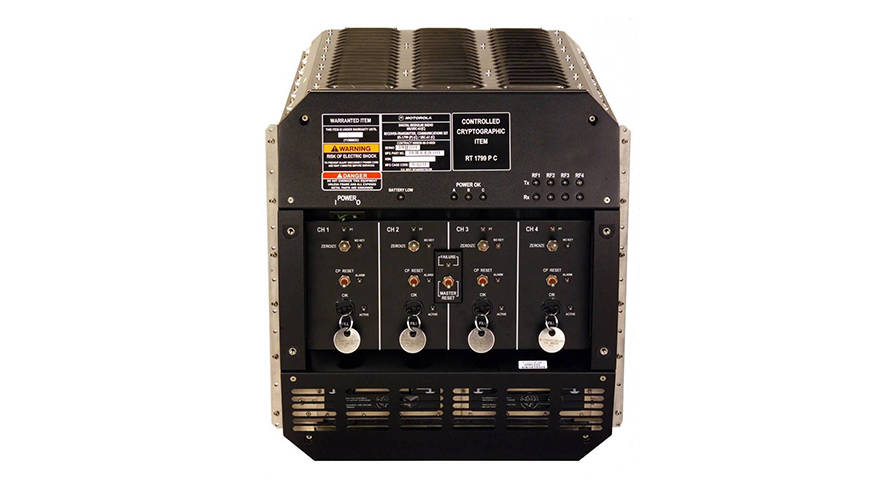 Software-Defined Communications For The U.S. Navy

The Digital Modular Radio (DMR), AN/USC-61(C), is the first software defined radio to have become a communications system standard for the U.S. Military. As one of the Navy’s most versatile tactical radios, one four-channel DMR can simultaneously support voice and data satellite communication networks, Mobile User Objective System (MUOS) waveforms, Single Channel Ground and Airborne Radio Systems, HAVEQUICK, and other tactical, HF/VHF/UHF radios.

The DMR is currently deployed on 12 different U.S. ship and submarine platforms.

See It In Action 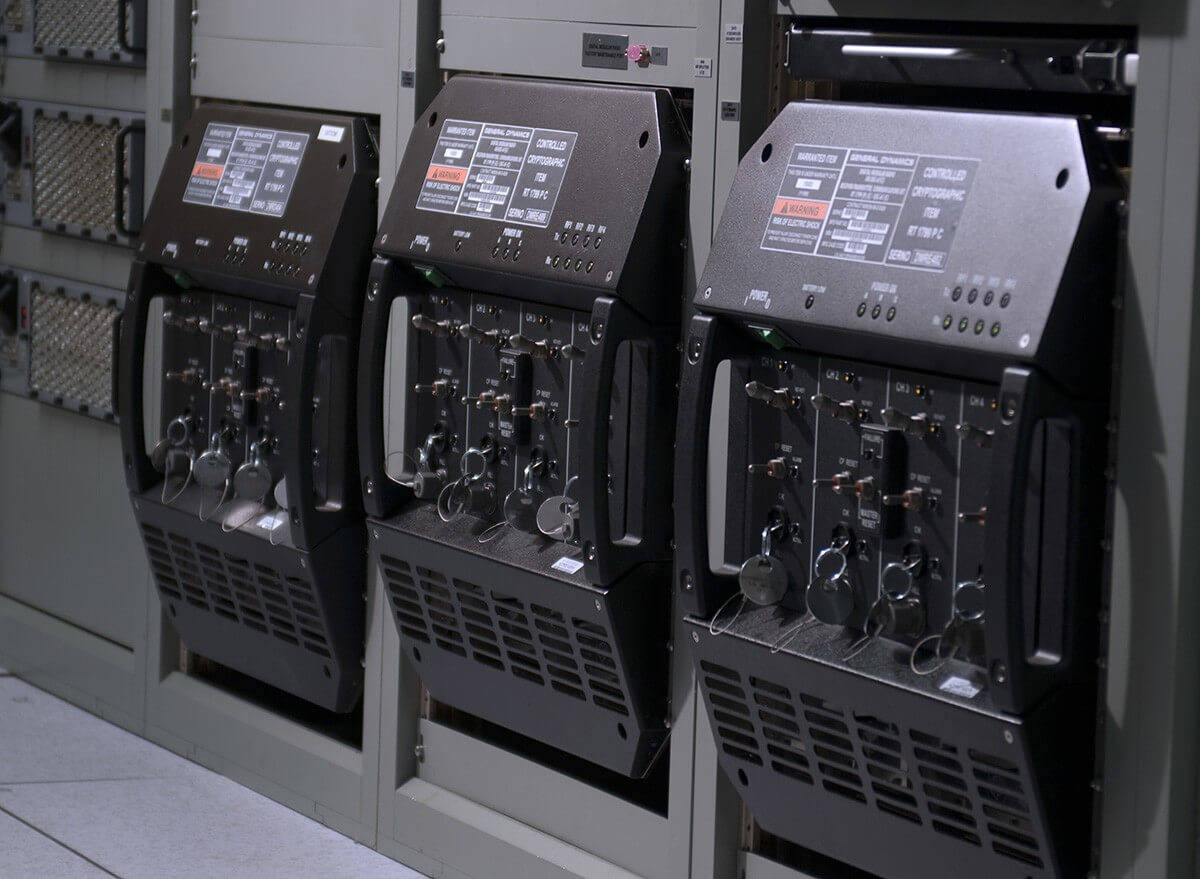 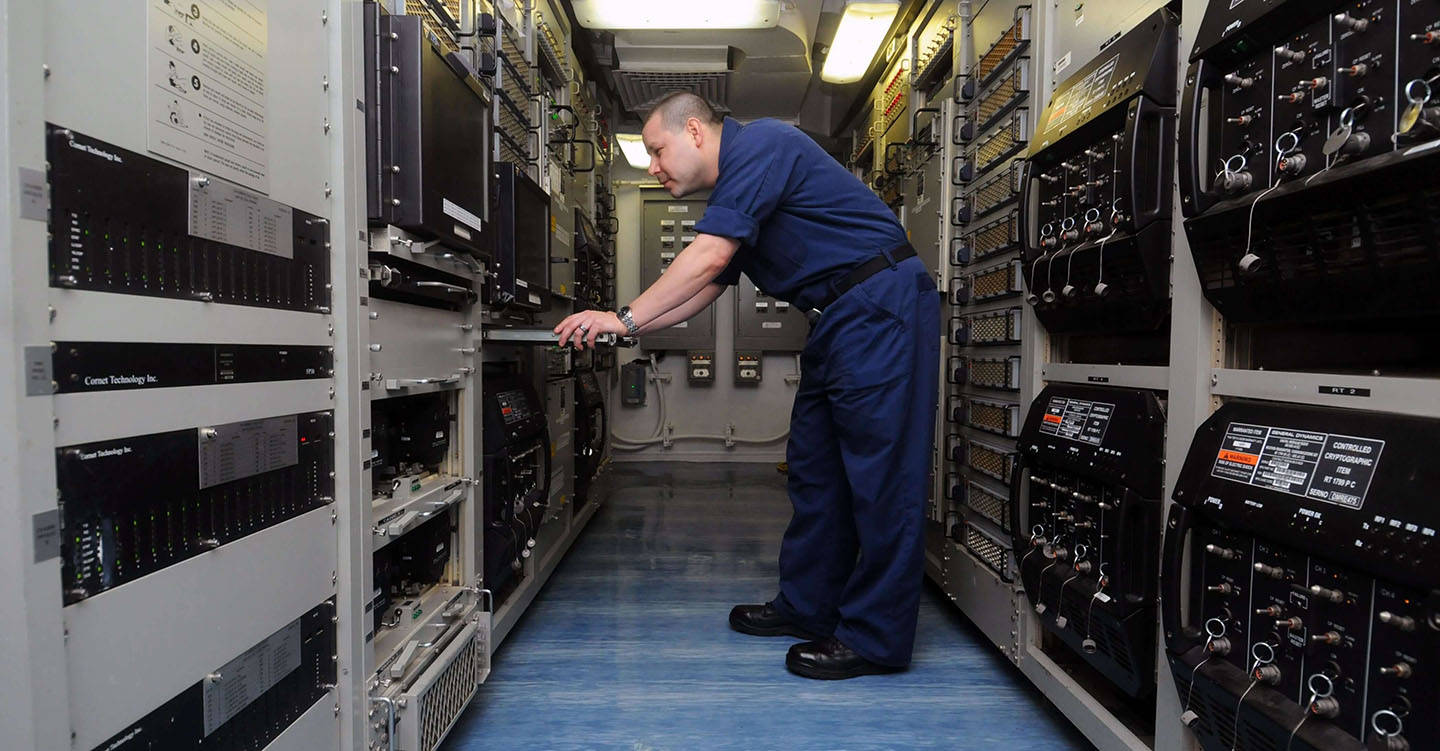 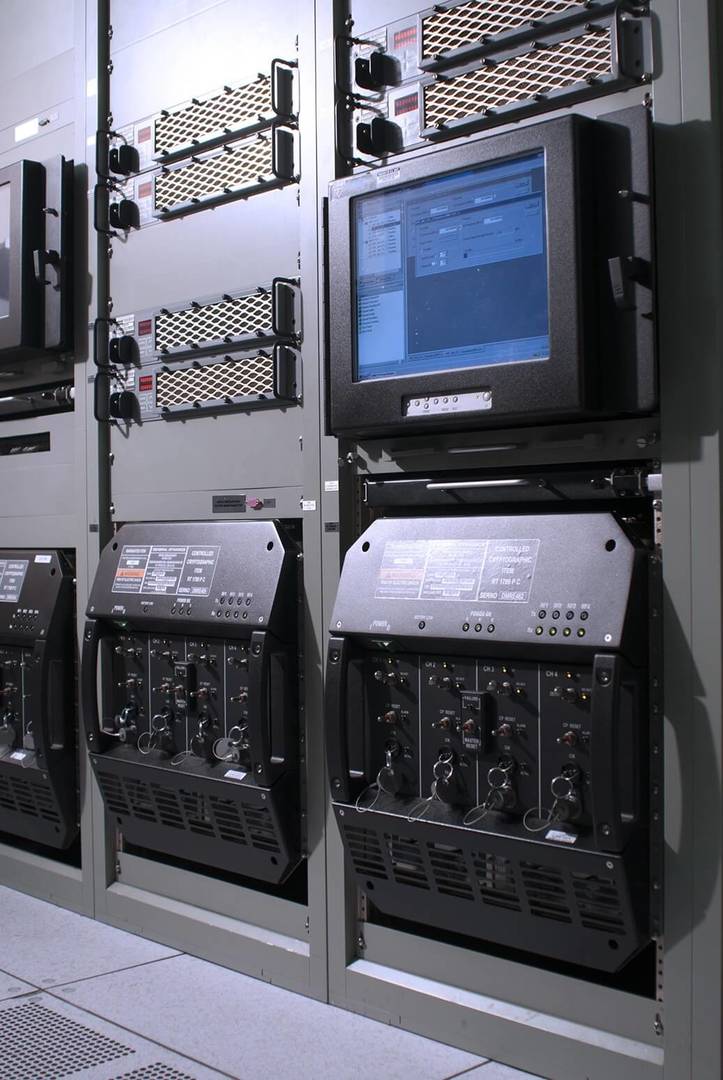 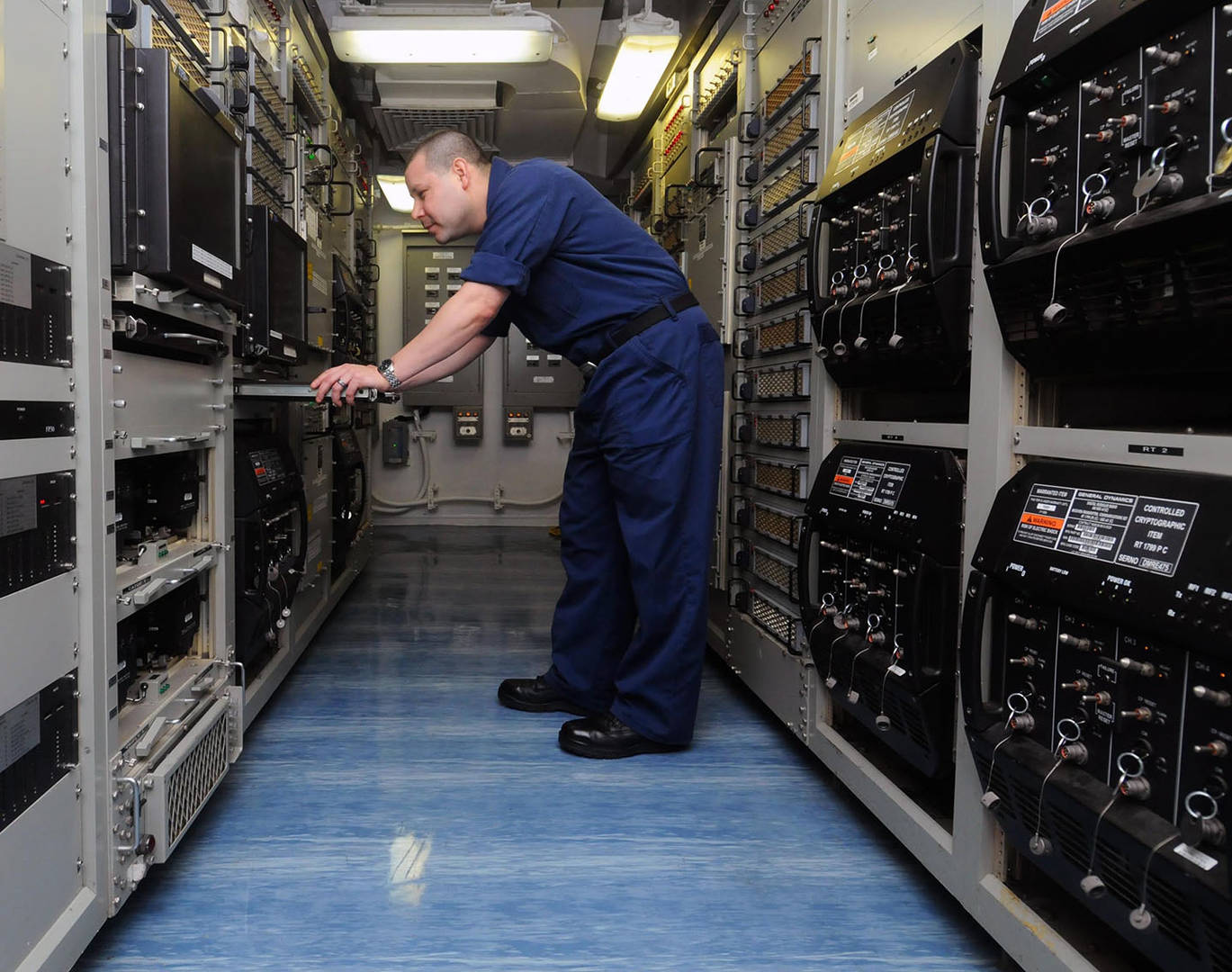 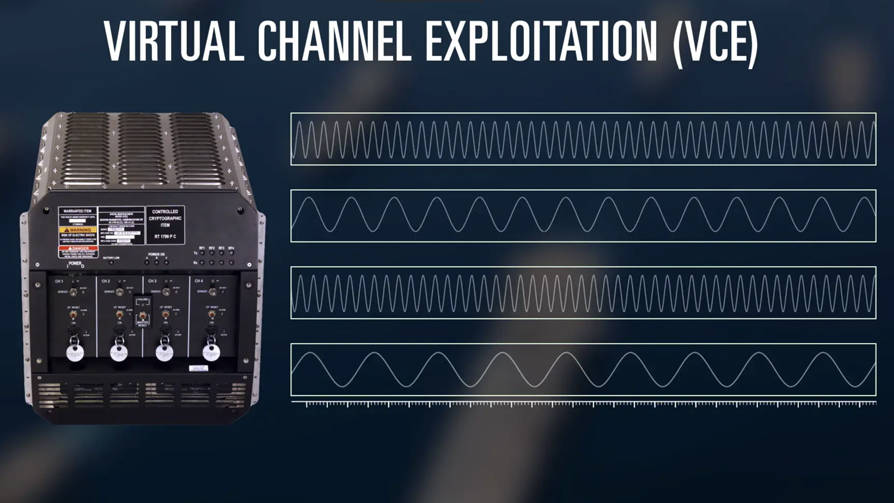 Digital Modular Radios currently operate aboard U.S. Navy surface and subsurface vessels, fixed-sites and other Department of Defense communication platforms using frequencies ranging from 2 MHz to 2 GHz. The USCG will receive the DMR system in FY2019. Certified to pass secure voice and data at Multiple Independent Levels of Security (MILS) over HF, VHF, UHF, and SATCOM channels, the DMR system was developed to the U.S. Navy’s specifications and meets all the stringent environmental, EMI and performance requirements for use on U.S. Fleets and five eye countries. DMR is certified by the Joint Interoperability Test Command (JITC) to be compliant with the U.S. government’s UHF SATCOM. 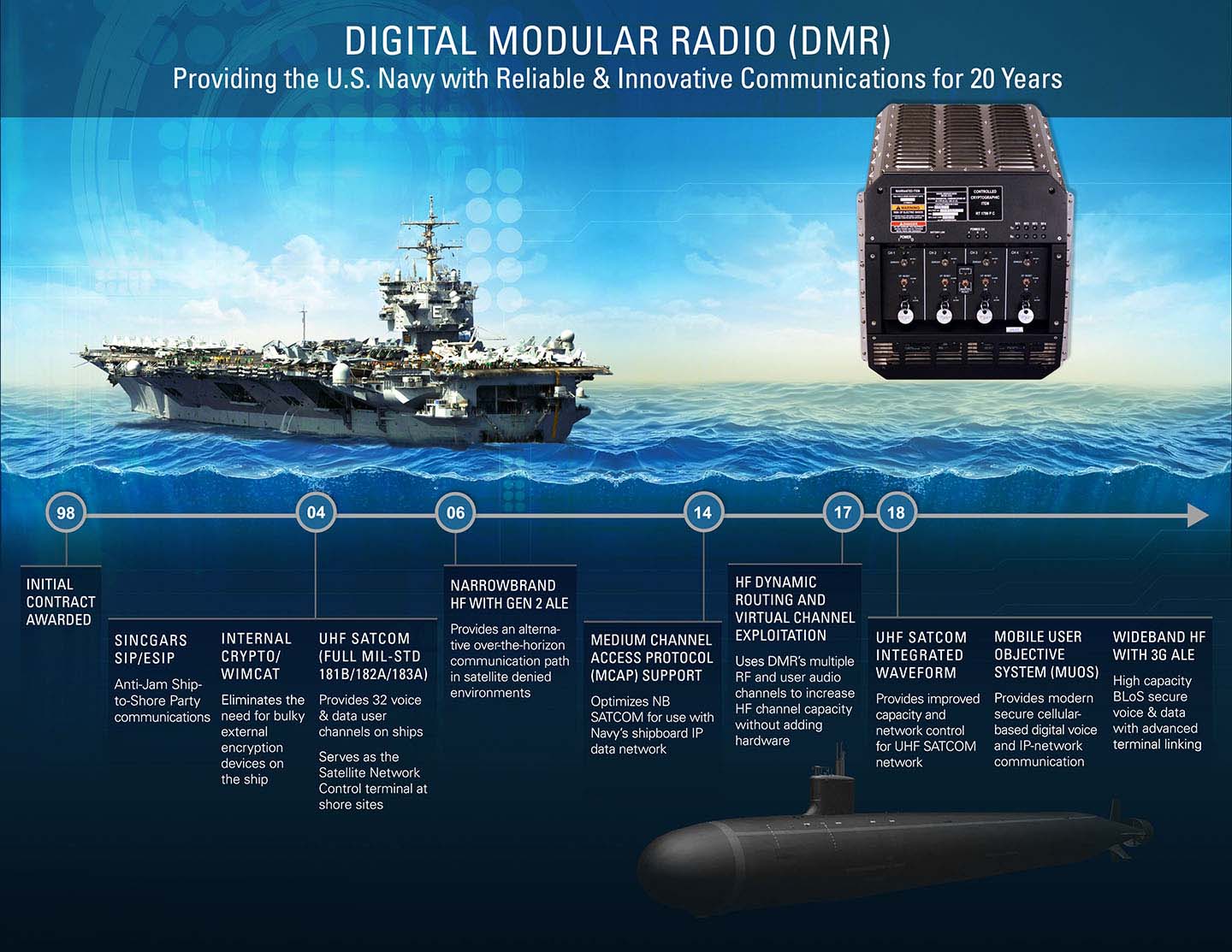 With more than 700 DMR radios deployed across the U.S. Navy’s fleet, General Dynamics continues its commitment to provide the Navy with new and innovative radio technologies, developing next-generation communications that support the ever-evolving mission needs of sailors operating around the world.

The new waveform is software that adds the MUOS capability to software-defined DMR radios, and improves secure voice, video and data communications across the MUOS satellite communications (SATCOM) network. 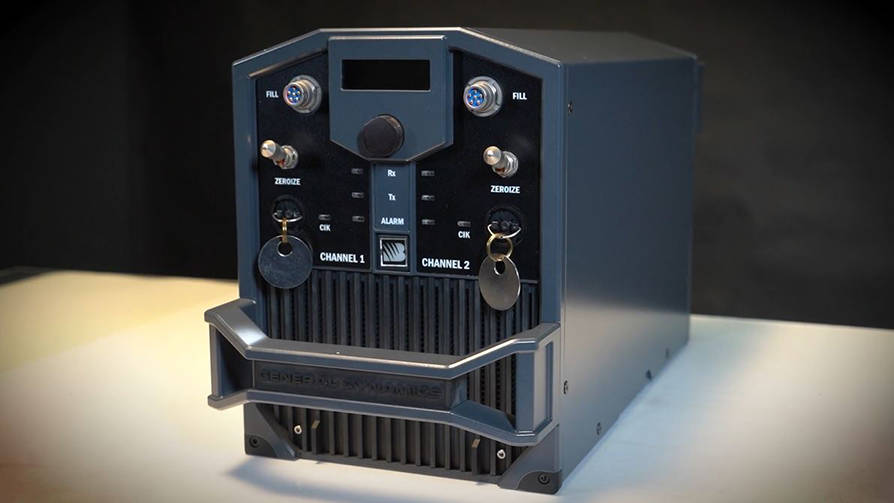 The Badger™ is a compact, 2-channel software-defined radio that provides multi-level information security of voice and data communications from the core of the network to the tactical edge.

The Badger is based on the long proven Digital Modular Radio (DMR) that currently operates aboard U.S. Navy surface and sub-surface vessels, fixed sites and other Department of Defense communication platforms.