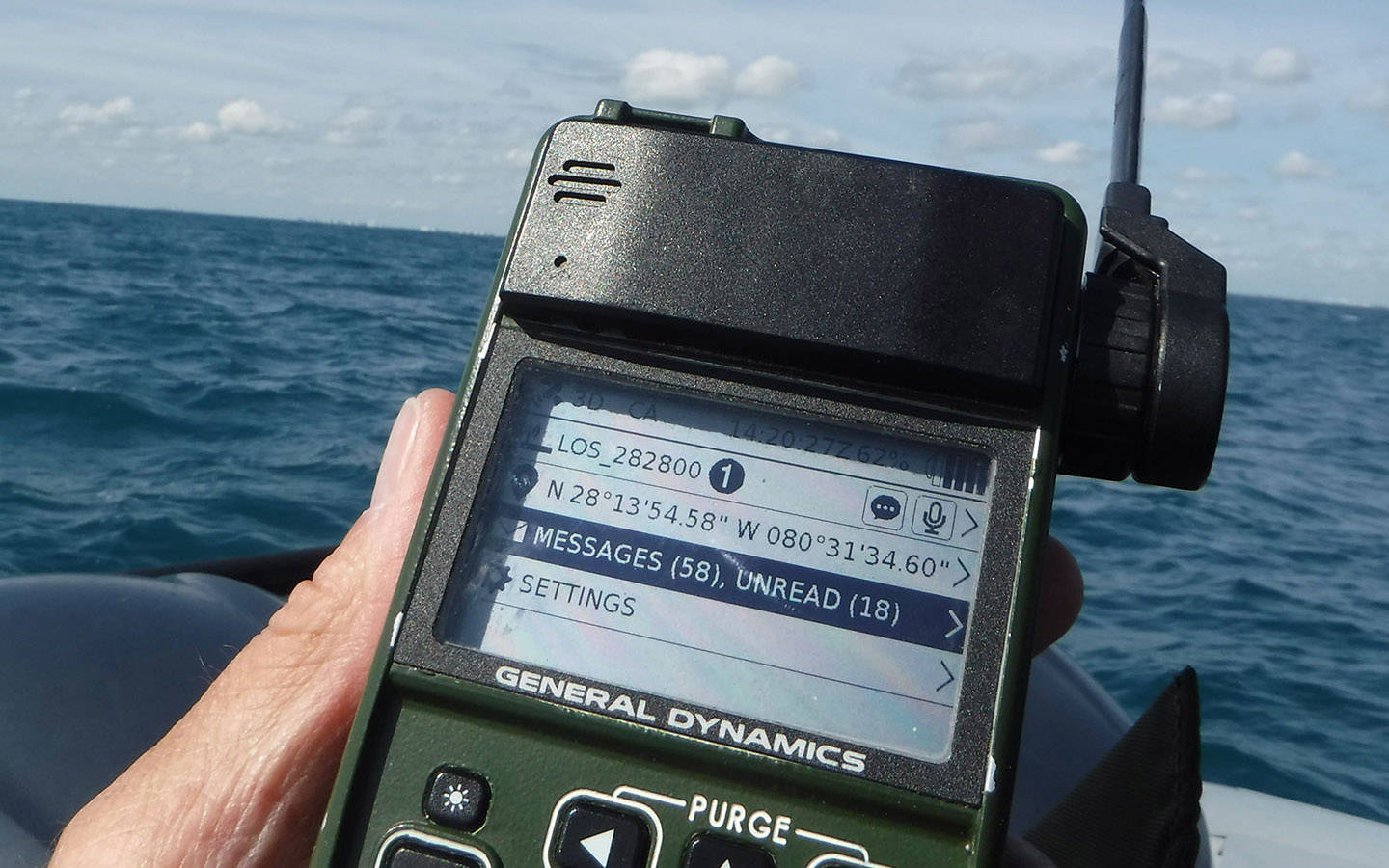 The exercise simulated a NASA Commercial Crew Program launch abort and subsequent splashdown in the Atlantic Ocean, out of range and out of reach of existing planned rescue resources. This weeklong test event was held at Patrick Air Force Base and Cape Canaveral Air Force Station.

Using an Air Force C-17 serving as the rescue vehicle carrying pararescue jumpers (PJs), rafts and gear, the craft flew to the last known position of the capsule and began the search. Our HOOK3 radio team joined in the week of testing, culminating in simulated rescue efforts. General Dynamics HOOK3 radio technical team member Jon Wootten was on board the space capsule with our HOOK3 radio. He successfully communicated with fellow team member Tom Hams who was using our QuickDraw2 Interrogator inside the C-17 aircraft. 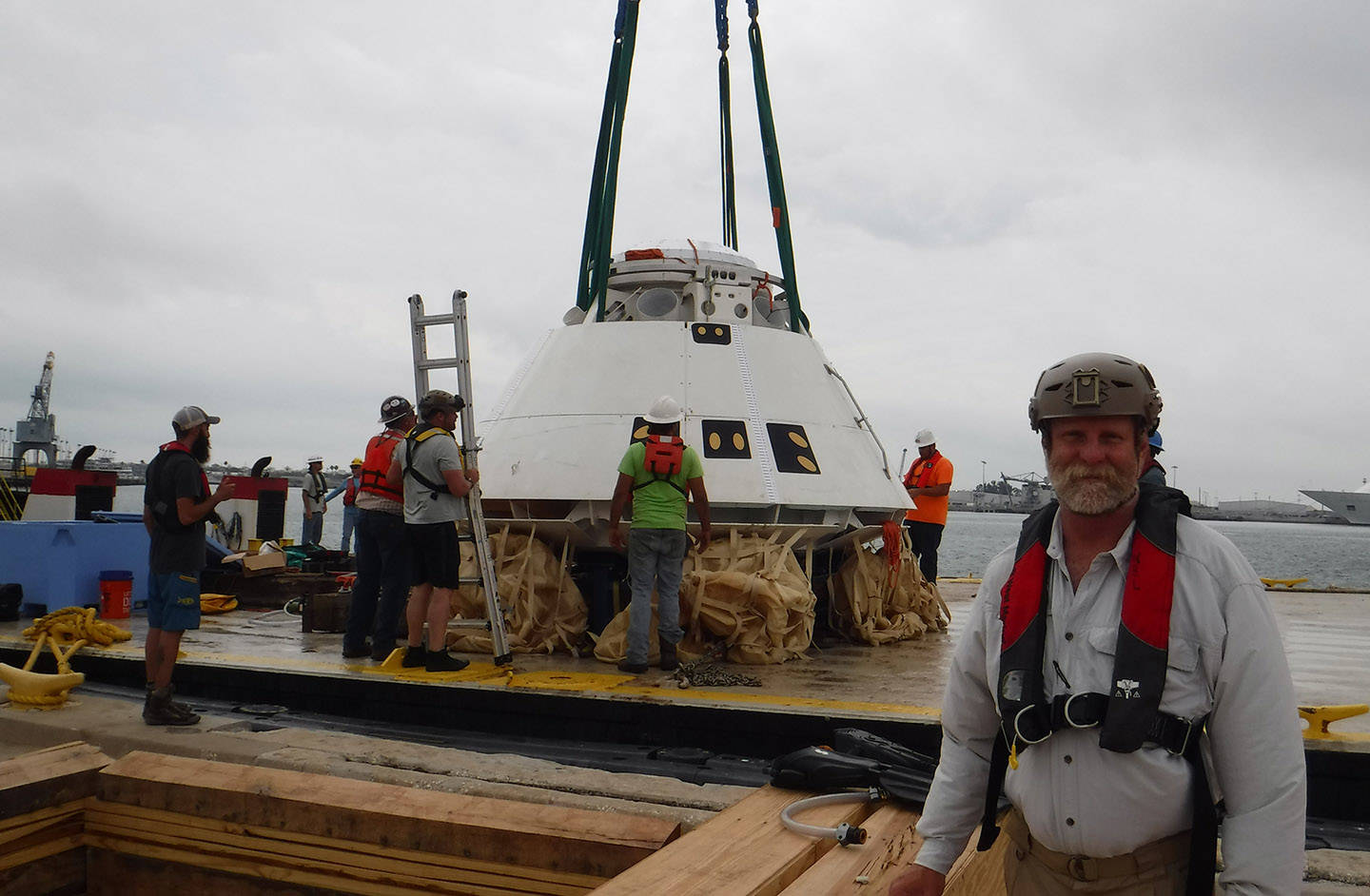 Jon Wootten, a member of the General Dynamics HOOK3 radio technical team, stands in front of the mock NASA capsule before the simulated search and rescue training mission.


The exercise was a success, with our radio and system able to communicate with the capsule 90 nautical miles away. Using the HOOK3 radio, the rescuers and capsule crew quickly communicated to ensure the raft had all the emergency gear necessary before the Air Force pararescue jumpers parachuted from the C-17 to stabilize the capsule and wait for rescue.

After the exercise, Jon Wootten said, “This is why it’s so important to equip the C-17 with combat search and rescue gear, which hopefully never has to be used. Before this, the C-17 was not a rescue aircraft.” 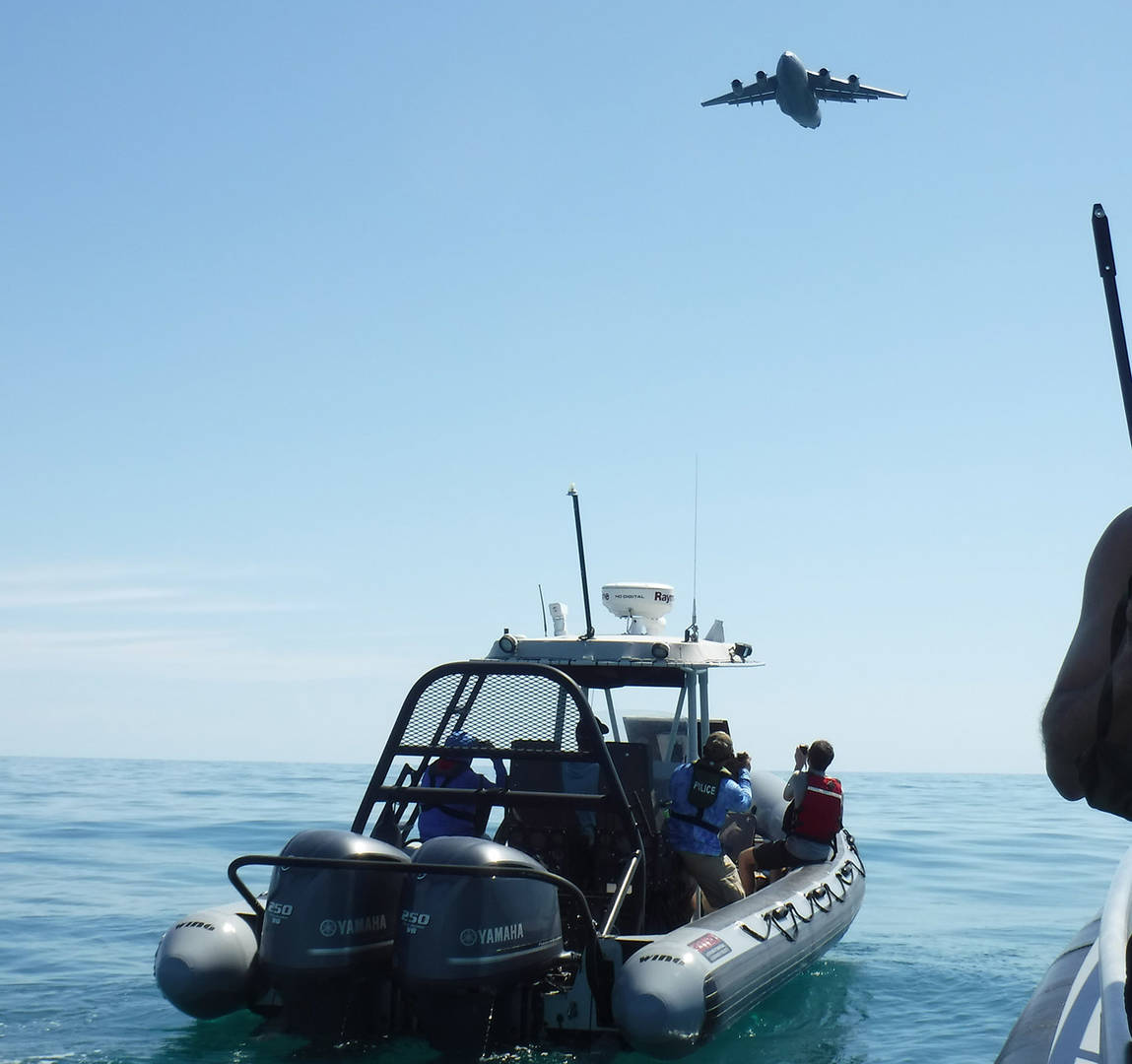 The Air Force's search and rescue team in the C-17 approaches the mock NASA capsule. General Dynamics employee Jon Wootten was on board the NASA capsule using our HOOK3 radio to communicate with team member Tom Hams in the C-17.


Lt. Col. Christopher Tacheny, chief human space flight support at the Johnson Space Center, who played a major role in organizing the test, praised the work of our HOOK3 team for their “diligence, professional and can-do attitude” during the planning and execution of the mission.

The HOOK3 Combat Survival Radio is a small, lightweight, power-efficient unit that provides direct, line-of-sight voice and encrypted two-way communications to help combat search and rescue teams quickly locate and rescue downed pilots and isolated military personnel. HOOK3 uses the QuickDraw2 to turn any aircraft (including the C-17 used in the exercise) into a combat search and rescue aircraft and enables rescuers to talk directly and securely with survivors as well as exchange messages.

From radios that help locate downed pilots, to transponders that send a data from deep space to earth, we're proud to build communications technology that our customers depend on.