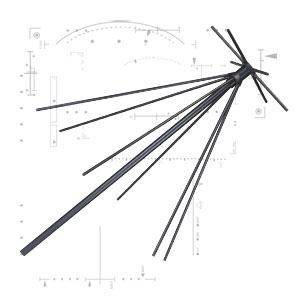 The URC Line-of-Sight (LOS) Transceiver antennas and accessories support manpack, fixed site and mobile operations, providing support to our URC-300 Transceiver in virtually every application. Our family of URC LOS antennas and Accessories include:

See brochure for pictures and specifications.

If a pilot is forced to eject, the HOOK3 Combat Survival Radio transmits encrypted location data in short bursts, reducing the risk of interception or detection. This new feature is automatically activated when the radio detects salt water or excessive G-force.

The Quickdraw2 Handheld GPS Interrogator is part of the General Dynamics HOOK Combat Search and Rescue System and is designed to quickly locate and rescue downed pilots and isolated military personnel.