The Small Form Factor Command & Control Node enables Marines to share a consolidated picture of their air and ground forces.

As the battlefield evolves, the Marine Corps needs to be able to share critical command and control data in real-time, engage targets, and quickly move to their next objective. 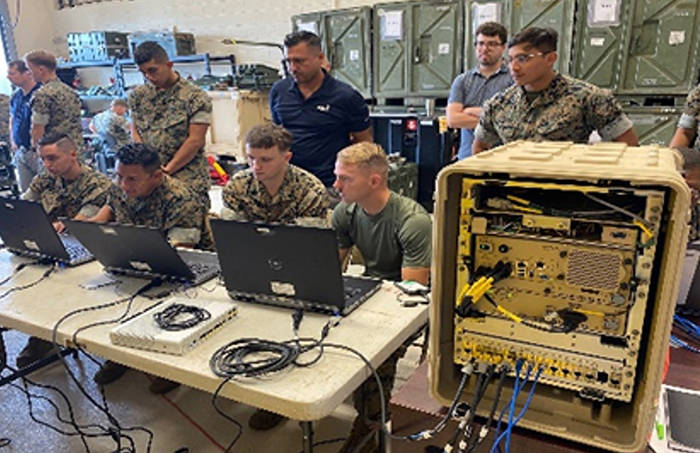 Using our new Small Form Factor Command & Control Node, Marine operators are able to integrate information from aerial and ground-based radar systems and sensors, and create a common operating picture of the battlefield – whether in the air, at sea, or on land.

Its rugged transit case also enables easy deployment in multiple combat platforms, creating a tactical advantage for Marines as they move across the battlefield.

The “Ready Now” Small Form Factor Command & Control Node is based on our successful legacy of the Common Aviation Command & Control System and has been tested by Marines in the field during exercises like Island Marauder 21 and 7th Fleet SINKEX.