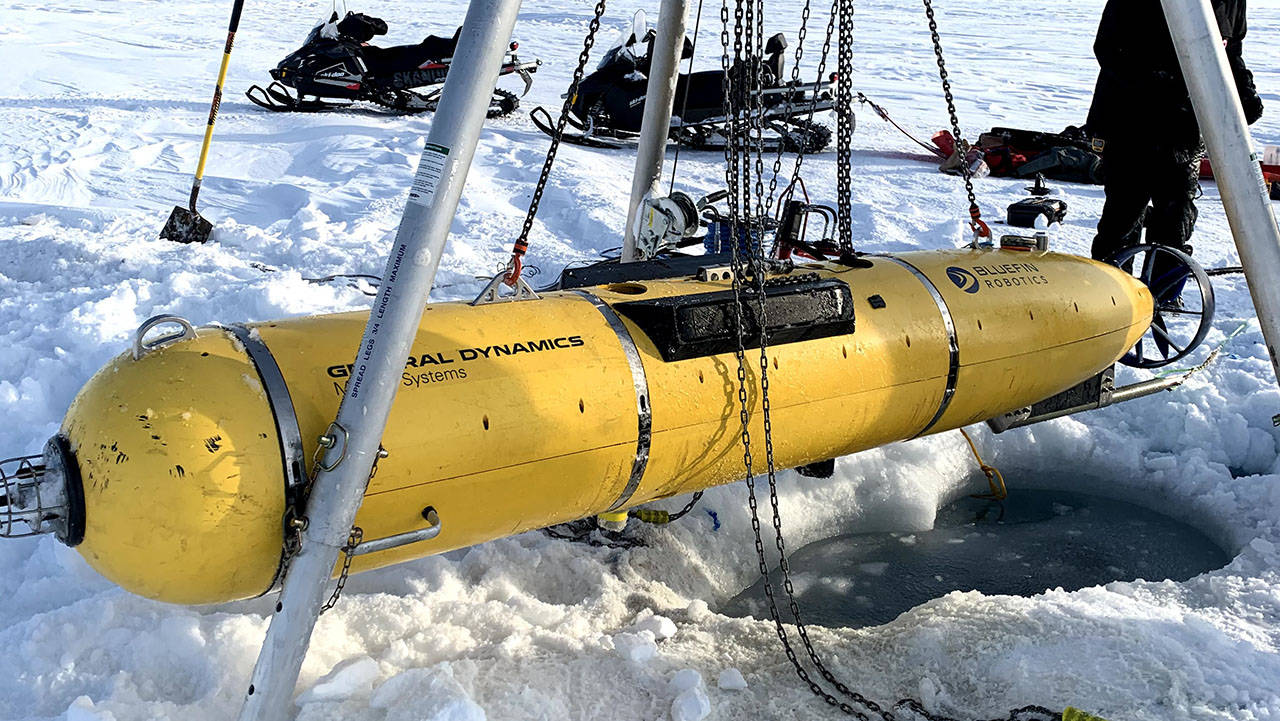 Under the ice and on top of the world. During the U.S. Navy's ICEX 2020 Exercise, one of our Bluefin-21 autonomous Unmanned Underwater Vehicles (UUVs) was put to the test in the harsh conditions of the Arctic Circle. (Image Credit: Dan McDonald, General Dynamics Mission Systems)

As the Arctic ice is diminishing, interest in the region for defense, commerce, fishing and tourism is increasing. Understanding the ever-changing ocean, ice and atmospheric environment -- especially in the Arctic -- is essential in order to best equip the U.S. Navy with the most effective technology.  During the U.S. Navy's recent biennial Ice Exercise (ICEX 2020), General Dynamics partnered with MIT to put the Bluefin-21 Macrura UUV to the test under the ice in the Arctic Circle.

In the following excerpt from an article in the Naval Engineers Journal, CAPT Edward Lundquist, USN (Ret.) describes the challenges of testing technology in these hostile, icy conditions and what researchers learned during the exercise.

There are many challenges involved with deploying UUVs in and around ice in polar regions. One of the limitations in the high north is the lack of land-based communications or satellite coverage. For systems that update their location using frequent GPS fixes, the lack of coverage becomes problematic. To demonstrate new technologies that can help unmanned underwater vehicles (UUVs), know where they are, the team used MIT’s Macrura UUV based on the General Dynamics Mission Systems Bluefin Robotics 21-inch (diameter) vehicle.

To overcome the limitations of persistent ice cover, which prevents surfacing to take a GPS fix, the team demonstrated an integrated communication and navigation-aiding framework known as the ICEX tracking range—or icex-tracker—to provide accurate positioning using network of surface buoys linked by radio communications to Camp Seadragon, equipped with small acoustic modems and transducers suspended beneath the ice.

“For ICEX 2020, our science team experimented with the MIT Macrura to navigate precisely while conducting a submerged mission,” said Lieut. Cmdr. Dan Goodwin, a naval officer and master’s candidate in a graduate program jointly run by MIT and WHOI. “We can drill a hole in the ice and drop in an ice-tethered profiler that’s anchored in the surface ice and has a suspended sensor below at predetermined depths that measures temperature and salinity versus depth. We can also attach modems to the tether that can communicate with a UUV.

We used four buoys about 2,000 meters apart, the same buoys that the submarines used, with micro modems at both 30- and 100-meters depths to compensate for the temperature and salinity differences in the water that affect acoustic propagation. This allowed the UUV to adaptively switch between modems depending on the depth of and range to the vehicle to ensure the most coherent acoustic communication. The travel time of those signals provided acoustic aided navigation for the UUV. The system was also able to compensate for currents, which can vary in in direction and intensity at different depths.”

According to Goodwin, the system is completely scalable. “We could use more buoys to provide wider coverage, and provide positioning to all types of UUVs.”

Goodwin said launch and recovery of UUVs is tricky. In thick ice, it is especially challenging. The team had to cut a “hydro hole” 3 feet wide and 15 feet long in the 6-foot-thick ice, removing 8 tons of ice in order to make a hole large enough to place Macrura in the water.

In fact, at one point during the operation the vehicle stopped under the ice, and efforts to recover the vehicle were put on hold for a major ice storm. “Days later, we were able to go directly to where it was, cut a hole in the ice, and extract the vehicle,” said Goodwin.

“The recovery wouldn’t have been possible without the incredible accuracy of the navigation system which was improved further using the in-situ environmental model,” added Schmidt.

Reproduced with permission from the American Society of Naval Engineers. Read the full article here.

Behind The Scenes Photos From ICEX 2020 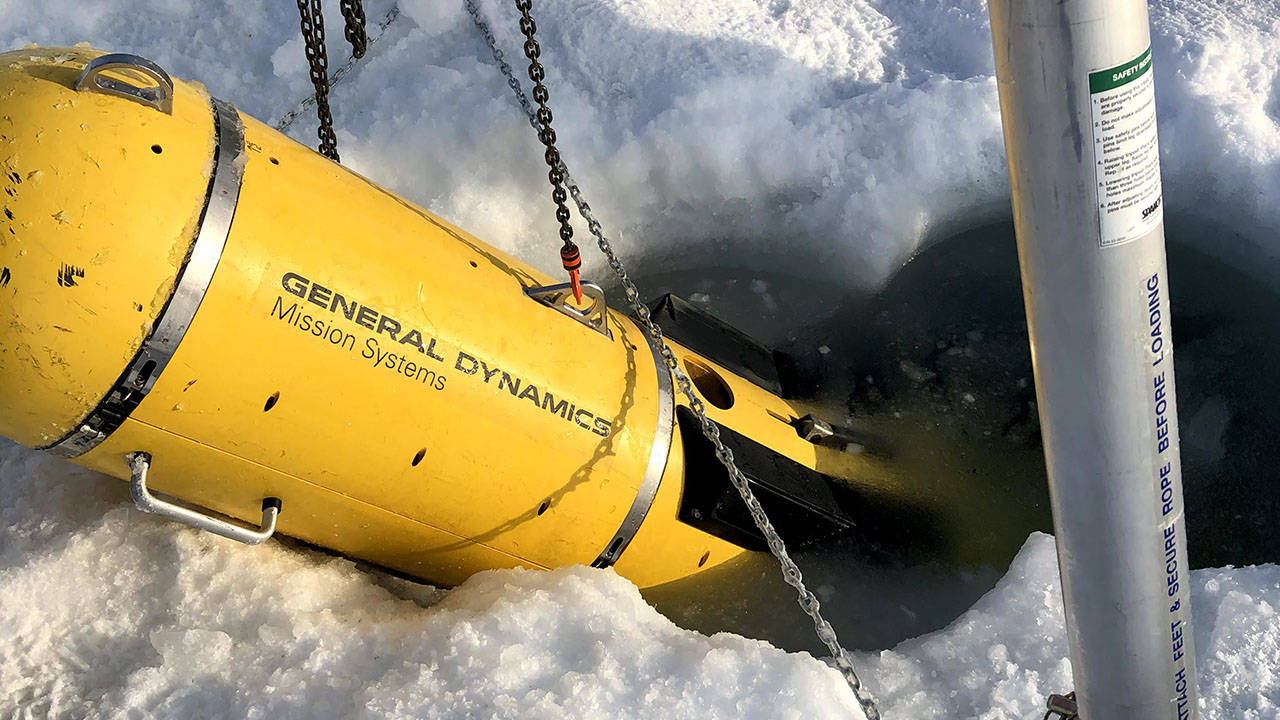 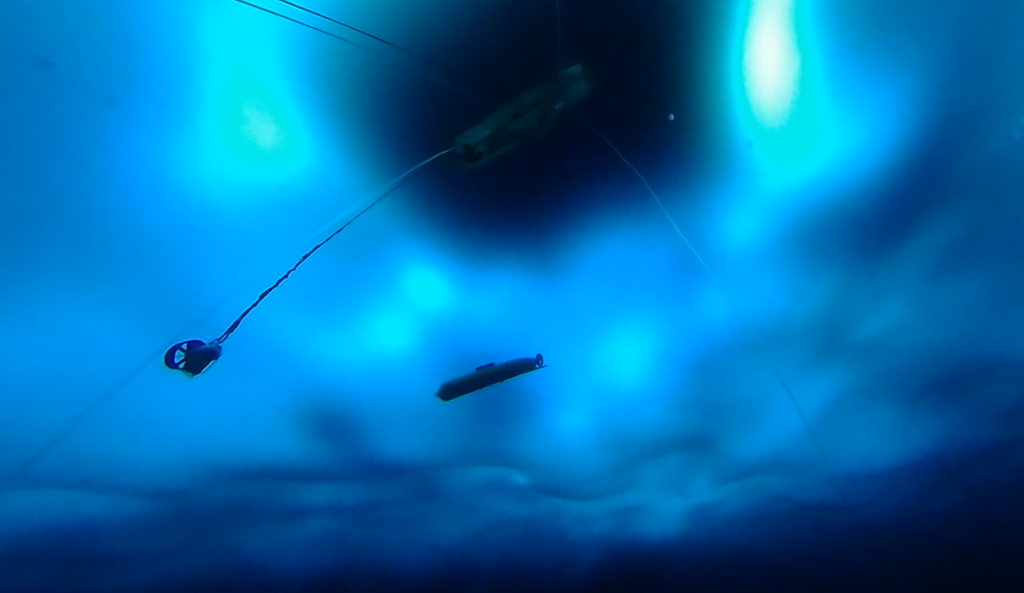 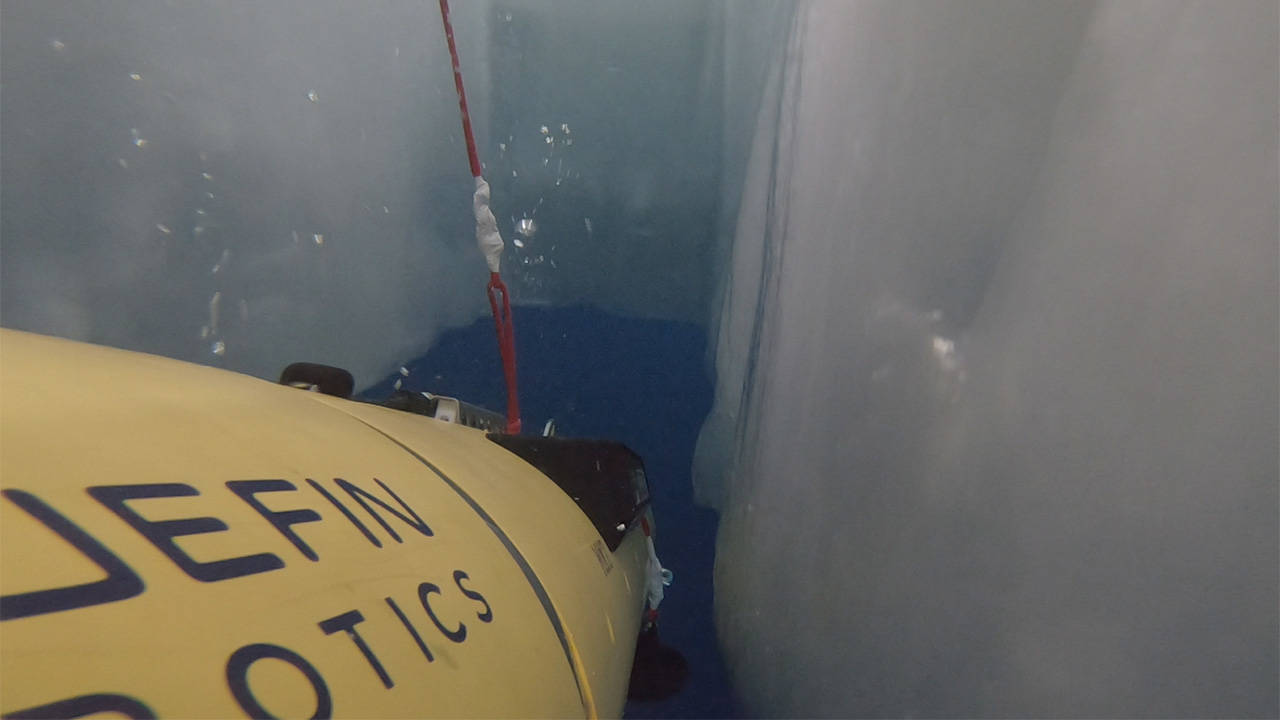 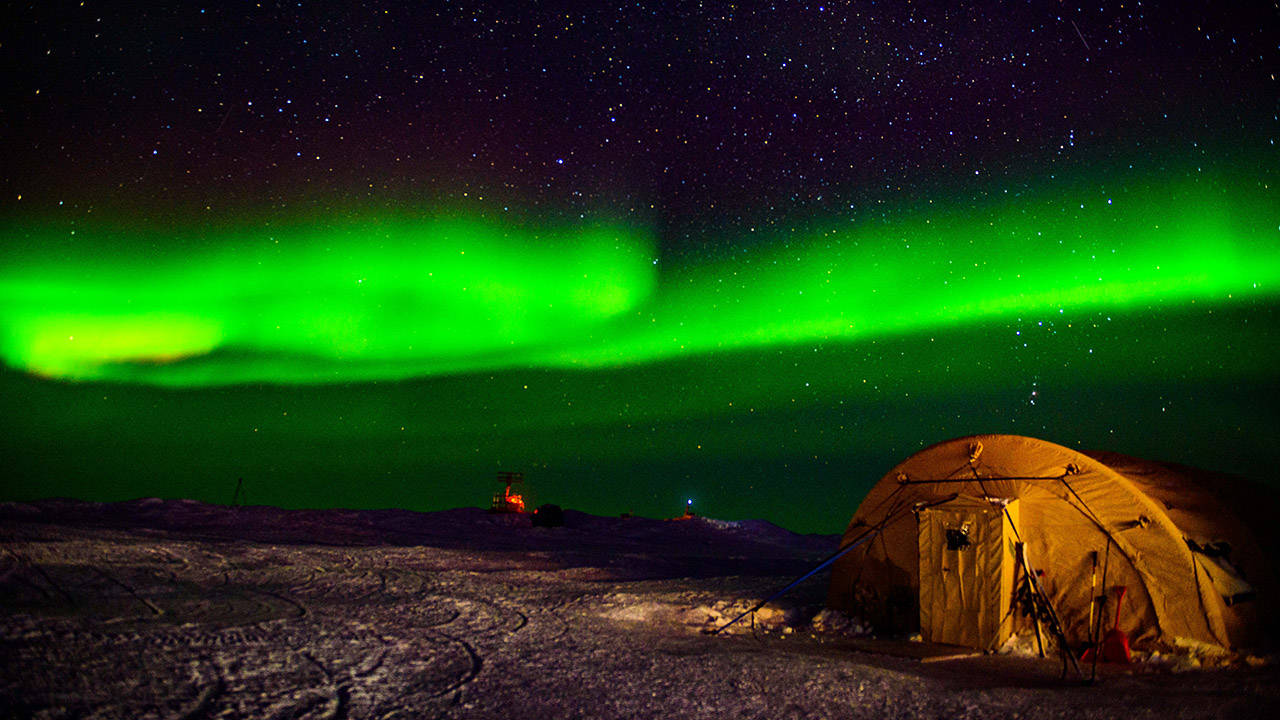