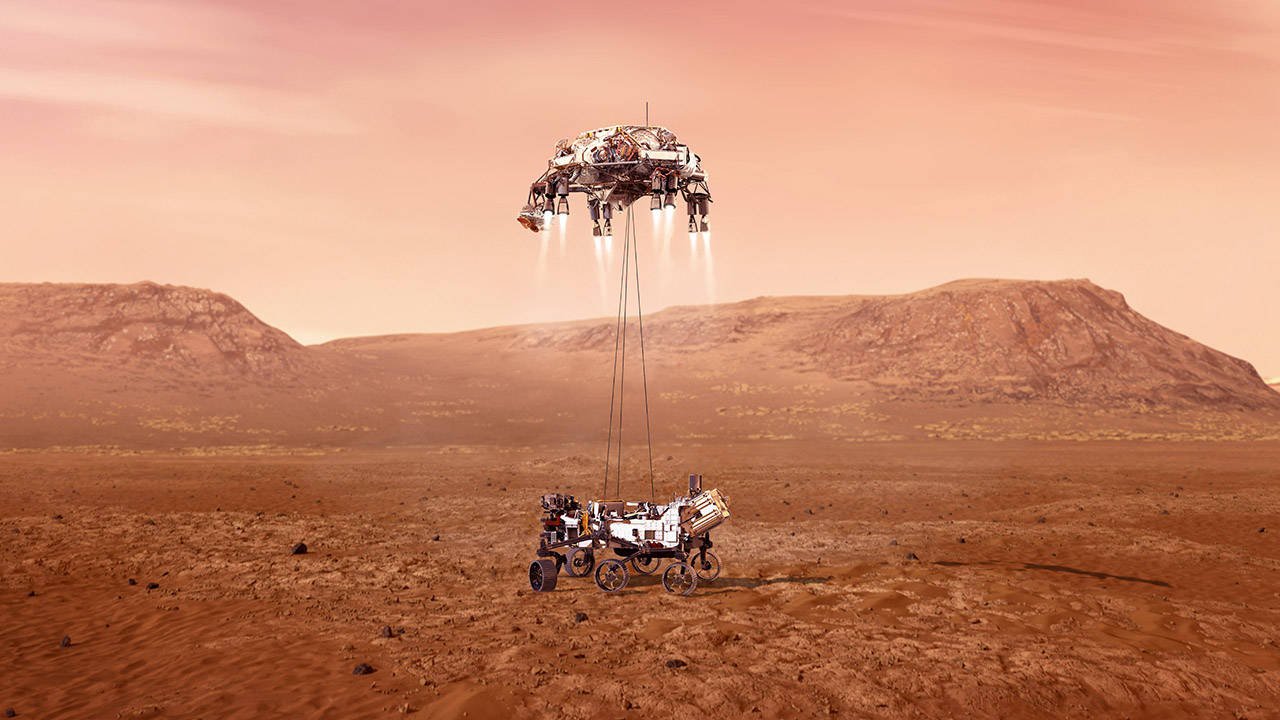 After a more than 7-month journey through deep space, NASA’s Mars 2020 Perseverance rover successfully landed on Mars on February 18, 2021.

Perseverance is designed to explore the Red Planet and send data about its discoveries back to scientists on Earth. The rover will begin by surveying its landing site, Jezero Crater, a 28-mile wide crater that scientists believe was once flooded with water, and search for potential signs of past life while collecting and storing rock and soil samples for future NASA missions.

The rover is about the size of a car and will carry Ingenuity, a helicopter that is designed to test the first powered, controlled flight on Mars. Perseverance is the most sophisticated rover NASA has ever designed and will carry two microphones to capture and transmit sounds from the Red Planet for the first time. The Mars 2020 mission is planned to last for at least one Martian year, which is the equivalent of 687 days on Earth. 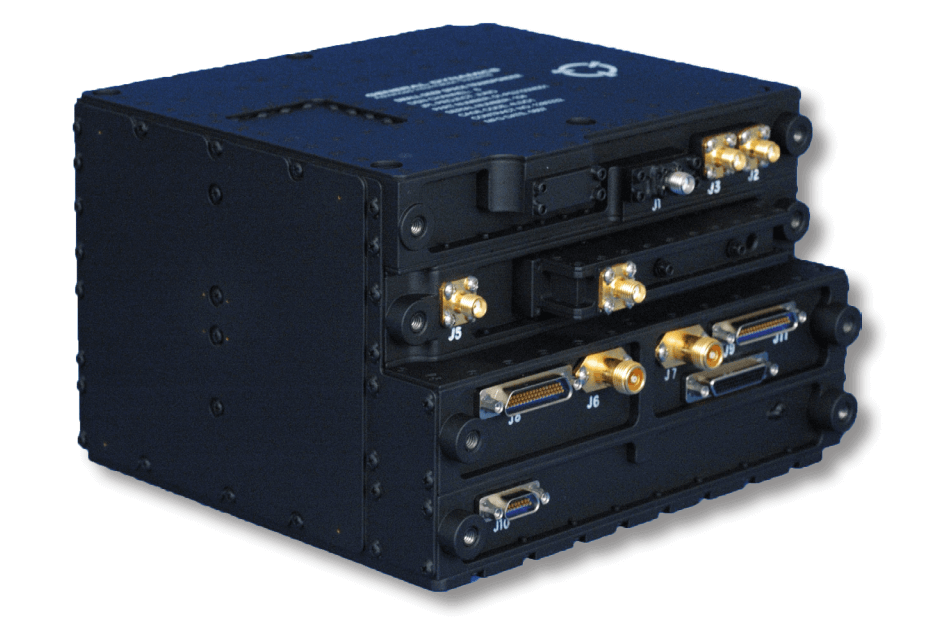 The SDST provides a crucial communications link directly between the rover and Earth. Our transponder is used to send the stored rover data via the Deep Space Network at high data rates, relaying all data and instructions on how to drive the rover and data from the rover's instruments to NASA. On average, it takes between three and 22 minutes for a message to travel from Mars to Earth, depending on the orbit of the planets.

The SDST has been in use for about 20 years, with more than a million hours in space across Mars and other space missions. Built in our Hayden facility in Scottsdale, Arizona, the SDST is considered the standard radio for deep space missions and is about the size of half a shoebox. 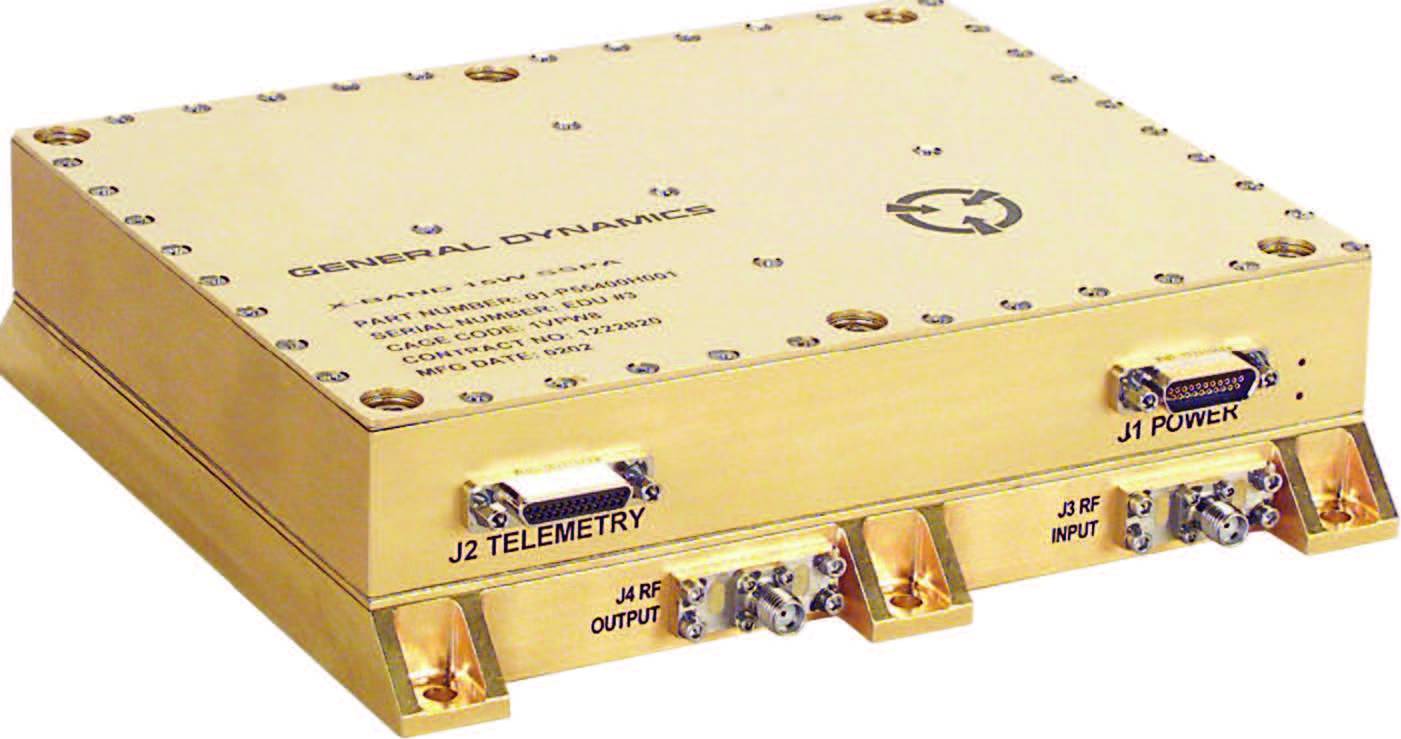 This mission will build upon the knowledge and experience gathered during 45 years of Mars voyages that General Dynamics has been a part of, starting with our Tracking, Telemetry & Control transponder serving as part of the communication link for the two Viking missions in 1975 and continuing on all U.S. Mars missions to date, including orbiters and landers.

"General Dynamics Mission Systems' technology has provided a crucial communication link on every Mars rover and lander, and we're proud to continue this remarkable legacy with NASA as we embark on this latest mission of discovery to the Red Planet," says Manny Mora, vice president and general manager, Space and Intelligence Systems.

"It's all about trusted performance," adds Ann Rusher, vice president, Trusted Space Solutions. "Our team has been enabling critical communications between Earth and space with high-reliability space products since the mid-1950s, and with every successful mission, we solidify our reputation in the Space community.”


A 3D visualization of the Mars Perseverance rover. Click (or touch) and drag to explore the rover. Credits: NASA/JPL-Caltech

Additionally, the rover’s wheels and suspension are supported by custom beryllium components that were manufactured at our Cullman, AL facility. At only one-third the weight of aluminum and six times stronger than steel, Beryllium is extremely strong and lightweight, making it ideal for the harsh environment of the Red Planet.

For more than five decades, General Dynamics has been one of the few companies in the world with the expertise and capabilities to design and machine beryllium to achieve the virtually unmatched tolerances required by the rover and as well as some of the world’s most advanced optical systems.

In addition to anticipating scientific discoveries from the Mars 2020 Mission, our team is also looking forward to supporting NASA’s future missions, including Psyche, Lucy and Artemis.

Working at Our Scottsdale, AZ Campus