When the Cassini spacecraft plunges into Saturn’s atmosphere on September 15, it will keep sending back images for as long as it can keep the spacecraft’s antenna pointed at Earth.

In 1997, engineers at General Dynamics designed and built a transponder, or radio, that would travel aboard the Cassini spacecraft, the nation’s first full-scale mission to explore Saturn.  After reaching Saturn, the Cassini mission was scheduled to last only four years.  Almost twenty years after launch, the spacecraft crashed into Saturn’s gaseous surface after sending millions of images, and textbooks worth of scientific data to Earth, helping reveal the secrets of Saturn’s rings and moons.  That information came to astrophysicists, chemists and others via the General Dynamics radio, built using the most advanced technology available at the time. It continuously transmitted information to Earth, a distance of more than 900 million miles, and with each radio call, travelling at the speed of light, taking 84 minutes to reach the ground.

"The engineers who designed and built this radio never dreamed it would continue to tell the story of Saturn as it thrived in the harsh environment of space for more than 13-years,” said Manny Mora, vice president and general manager of General Dynamics Mission Systems, Space and Intelligence Systems line of business.  “We are proud to have been part of the NASA Cassini mission team, helping scientists learn that there are jets of water vapor coming from one of Saturn’s 60 known moons, the mystical rings are actually made of dust, rocks and ice and Saturn experiences seasonal changes during its 30-year orbit around the Sun.” 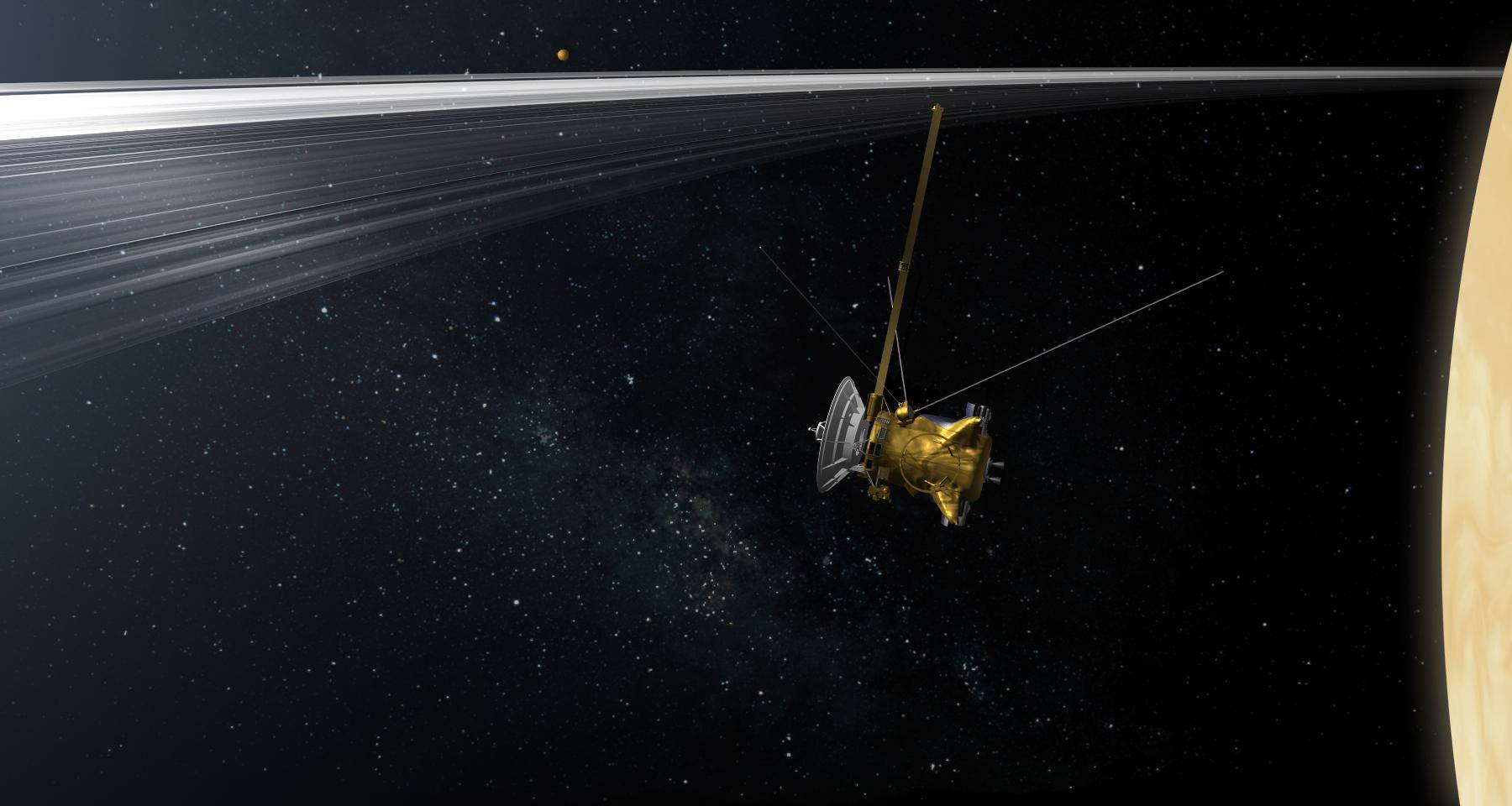 An animation of the Cassini Spacecraft diving between Saturn and its rings as part of its Grand Finale where the spacecraft will burn up as it dives into Saturn's atmosphere. (Photo Credit: NASA)

General Dynamics has been delivering transponders and other space electronics and communications devices to U.S space agencies since 1956, two years before NASA was formed. The company’s radios broadcast Neil Armstrong’s first words from the Moon, are aboard both Voyager spacecraft still sending communications from the edge of interstellar space. General Dynamics communication technologies and products are also sending scientists and mission control personnel information from Mars, including the rovers Spirit and Opportunity. The company also developed the satellite ground systems helping NASA conduct manned and unmanned space missions while supporting the nation’s military and government agencies to collect, analyze and deliver actionable intelligence protecting the nation.

The Space and Intelligence Systems part of General Dynamics Mission Systems is a leader in solving the nation’s toughest space communications and technology challenges, from monitoring the Earth, to exploring our solar system and beyond.

Editors’ note:  More information about the Cassini Mission can be found at the Jet Propulsion Laboratory’s Cassini website.