The MAVEN mission aims to study the upper atmosphere and ionosphere of Mars and to monitor interactions with the Sun and solar wind. One of the main goals of the mission is to determine how volatile compounds from the Mars atmosphere have been released into space over time, and how that process has affected the climate, liquid water, and habitability of the Red Planet. 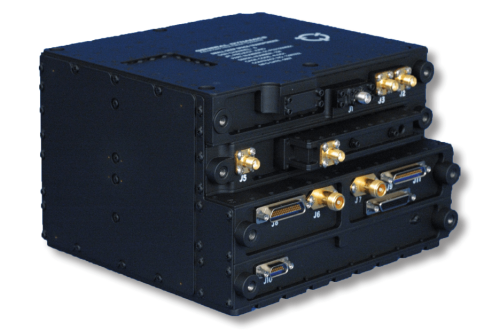 The MAVEN spacecraft was launched in November, 2013 and completed Mars orbit insertion on September 21, 2014. Commissioning activities were completed on November 16, 2014. The spacecraft is now engaged in fulfillment of its one-year primary science mission, and has already provided valuable insights to scientists.

The Small Deep Space Transponder, developed by General Dynamics and NASA's Jet Propulsion Laboratory, is a spacecraft terminal for X-Band and Ka-Band telecommunications. The terminal links the MAVEN spacecraft with the NASA Deep Space Network, which is critical for mission support and guidance.

Weighing just seven pounds and taking up just barely the same amount of space as a shoe box, the transponder makes extensive use of monolithic microwave integrated circuitry, multi-chip modules, and a new signal processing integrated circuit. Its flexible design provides the capability to meet the telecommunication needs of nearly every deep space mission today.

General Dynamics has over 50 years of experience designing and manufacturing high-reliability space electronics to NASA and the Department of Defense, dating back to the S-Band transponders used by Apollo astronauts exploring the Moon. General Dynamics support of the MAVEN mission continues our nearly two-decade heritage of providing reliable telecommunications for NASA deep space missions.