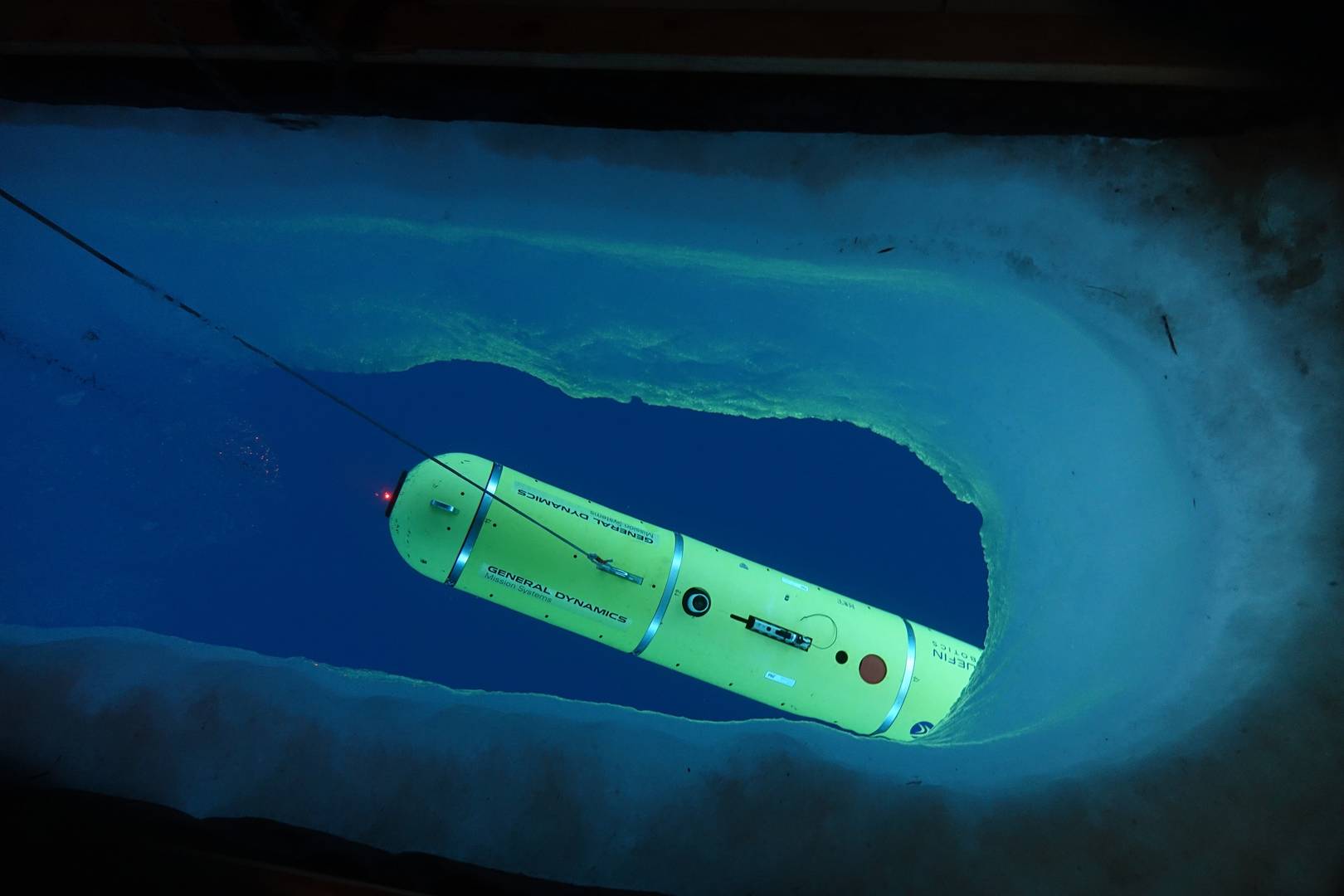 Imagine traveling to the top of the world to put technology to the test in the harsh conditions of the Arctic Circle. For two General Dynamics Mission Systems employees, that dream became a reality during a recent assignment at the U.S. Navy's ice exercise known as ICEX 2016.

"It was pretty amazing up there," said Scott Biddlestone, Lead Autonomy Engineer for General Dynamics Mission Systems, who made the two-week trip. "It was really cold, of course. But, it was also surprisingly clear. In fact, the colder it got, the further away you could see, especially toward the horizon. And when you looked through a hole in the ice down into the water, the visibility was 50-60 meters down, which is really exceptional," Biddlestone said.

Below The Surface at ICEX 2016

ICEX is an Arctic proving ground sponsored by the U.S. Navy every two years. The purpose of the exercise is to validate and assess operational capabilities in the Arctic while continuing scientific research and military training in extreme conditions and in the undersea environment.

"Operating in Arctic conditions has important strategic consequences for the Navy," says Tracy Howard, a former Navy submariner who now works with General Dynamics Mission Systems and who also supports Bluefin Robotics products. "There are many geopolitical considerations at stake. The Navy always wants to be confident its submarines, weapons systems and autonomous vehicles can operate effectively in the region. It’s very important to the overall long-term strategy of the Navy."

"In order to operate under the extreme Arctic conditions at ICEX, the UUV needed some special modifications. There are lots of technological challenges to operating a UUV under the ice," said Vachon. For instance, depth of the ocean in the region ranges up to 4,000 meters deep. "It's pretty much impossible to see the bottom," he said. Meanwhile, the ice itself is several meters thick and constantly moving. That makes it difficult for a vehicle to navigate using traditional methods, which rely on a fixed reference point or surface guidance.

General Dynamics installed an Inertial Navigation System (INS) and Doppler Log on the vehicle that enabled it to operate autonomously by measuring the velocity and movement of the ice. What's more, the vehicle was able to communicate with submarines using two new modems and acoustic upgrades, which enabled it to be tracked accurately, re-tasked and aimed at changing targets throughout the mission.

The Challenges of Working at the Top of the World

Working alongside MIT and Navy personnel in such a harsh environment provided the General Dynamics team with some memorable experiences.

Throughout the trip, late winter sunshine was starting to melt the ice sheet on which the team's camp was located, causing the ice to make unsettling cracking noises during the daytime. Shortly after the General Dynamics team left ICEX, some remaining participants had to disband camp and evacuate due to ice safety concerns.

"The same Arctic sunlight also caused some unusual visual effects. At times, lights in the research tent had to be turned off because a generator outside was making too much noise," said Biddlestone. "Even though it was pitch black inside the tent, the ice outside was clear and translucent. So, during the day, you could see the sun shine through the ice outside and into the water below us. Some of it would reflect back up into hole we cut in the ice, causing it to glow eerily. It was a really cool effect."

"Despite the harsh conditions, spending time away from friends and family in one of the world's harshest and most dangerous locations was all in a days work for General Dynamics employees. In Quincy, our work is project-based, and were totally committed to supporting our projects," said Biddlestone.

"We like to use each project as an opportunity to test new products and designs, and ICEX was no exception," added Vachon. According to the team, General Dynamics plans to start using the INS technology developed for ICEX across all of its commercial product lines. "We learned a lot about how the system reacts to the ice," said Biddlestone. "For example, we tended to get a lot of false readings from the acoustic navigation system as the vehicle descended through the ice hole into the water, and we learned how to deal with that. We also learned some ways in which we can improve vehicle recovery."

The MACRURA UUV is just one of the many customized vehicles that General Dynamics has developed for its customers. To learn more about General Dynamics Bluefin Robotics products and services, please visit gdmissionsystems.com.