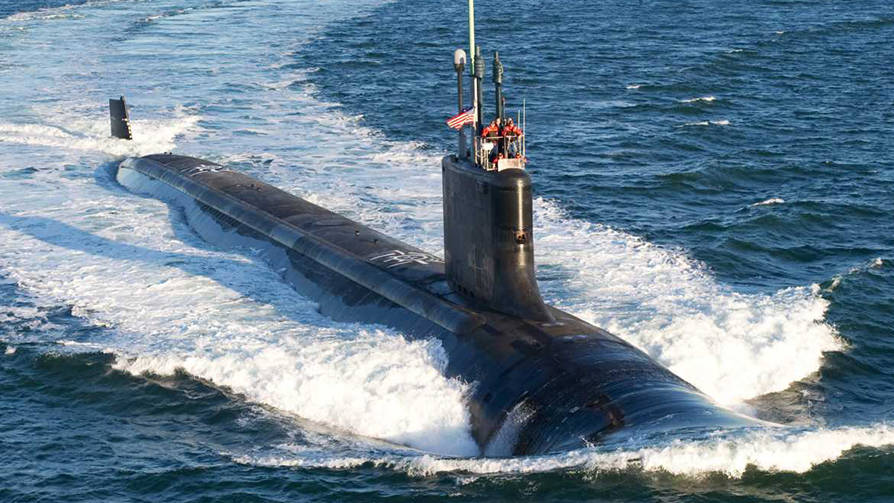 General Dynamics delivers TCS as part of the AN/BYG-1 combat system which integrates the tactical control, weapons/payload control, information assurance and tactical network subsystems. Development of the TCS portion of the system is separated from the weapons control system (WCS)/payload control system (PCS), allowing parallel development and certification of TCS and WCS/PCS. The AN/ BYG-1 acronym is derived from the Joint Electronics Type Designation System (JETDS): AN refers to Army/Navy, B indicates underwater systems, Y refers to data processing and G indicates Fire Control or Searchlight Directing.

The AN/BYG-1 is installed on the U.S. Navy’s Los Angeles, Seawolf, Virginia, SSGN, SSBN and the upcoming Columbia SSBN class, as well as on the Royal Australian Navy’s Collins-class submarines. Each of those submarines participates in the Technical Insertion/Advanced Processor Build (TI/APB) software modernization program, which delivers improved tactical and weapons/payload control capabilities to the submarine fleet.

Hardware upgrades, known as Technology Insertions (TIs), are developed on a biennial basis in the even years (TI16, TI18, TI20, for example) to improve capability and reliability, and to address commercial-off-the-shelf (COTS) obsolescence. Each TI uses COTS equipment and open standards that provide interoperability, portability, scalability and supplier independence for all hardware and software components. The TCS system architecture allows for rapid COTS insertion to accommodate and integrate additional functionality and sensors.

Software upgrades (APBs) are developed on a biennial basis in the odd years (APB15, APB17, APB19) and can be supported by the hardware year that occurs either before or after the APB year. The TCS portion of BYG-1 integrates sensor inputs to provide a common operational picture and improved situational awareness in a cyber-secure environment that exploits the power of sonar, electronic support measures, radar, navigation, periscopes and communication. The result is a continuously updated tactical picture providing the commanding officer and his crew with the knowledge they require to most effectively operate their ship.

The Collaborative Development Environment (CDE) is the configuration of the hardware and the operating system that provides a common hosting environment for AN/BYG-1. This configuration decouples the infrastructure from the applications to reduce development costs and provides a common deployment infrastructure for all of the AN/BYG-1 subsystems and applications. General Dynamics integrates software capabilities from other developers into our virtualized environment. The CDE allows these application providers to concentrate on developing capabilities, while we provide the necessary supporting infrastructure. This reduces the development timeline for subsystem application developers by abstracting the hardware for hosted virtual machines (VMs), and abstracting the operating system for hosted containers.

The CDE applies resource levels dependent on the criticality of the applications being hosted, so that each application can seamlessly meet its requirements without impacting overall system resources. Over the course of each baseline, the CDE allows for incremental improvements in order to maintain quality through the drumbeat of TI/APB development and deployment. The CDE hardware options are identified during the TI hardware selection process, and during this process, we perform Critical Item Tests to ensure that the selected hardware provides sufficient resources to host the CDE capabilities. This modular open architecture approach allows for the expansion of AN/BYG-1 capabilities in future baselines.

A History of Weapon System Integration

As the integrator for the BYG-1, General Dynamics has once again demonstrated its leadership in providing innovative integration approaches to deliver cost effective solutions to the submarine force. General Dynamics developed the most reliable COTS-based fire control systems in the Navy’s inventory – those of the Ohio-class ballistic missile submarines (SSBNs), as well as the Tomahawk Weapon Control System on SSGN – and has applied its expertise and experience to the AN/BYG-1 System. On TCS, General Dynamics has provided the business and technical framework needed for providing Team Submarine innovation, flexibility and responsiveness so that the best capability reaches the Fleet rapidly.