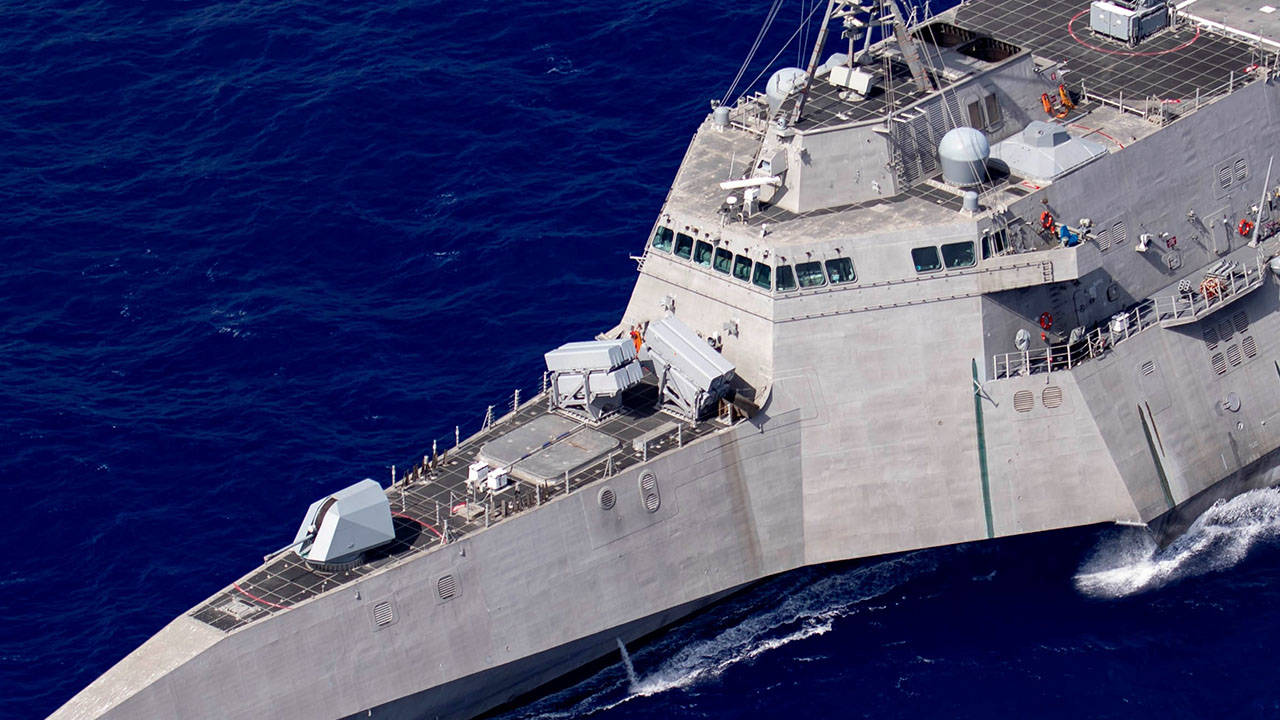 FAIRFAX, Virginia - General Dynamics Mission Systems announced today that it has integrated a new over-the-horizon missile capability onto the Independence-variant Littoral Combat Ship (LCS) in support of a Chief of Naval Operations mandate to increase LCS lethality and survivability.

The integration of the MK 87 Mod 0 over-the-horizon Naval Strike Missile (NSM), aboard the USS Gabrielle Giffords (LCS 10), strengthens the ship’s mission readiness and defensive capabilities. General Dynamics was able to integrate the NSM system by determining equipment placement, adapting the ship’s navigation system to provide unique signals to the missile system, designing the operational station in the Integrated Command Center, designing the system for providing specialized power to the MK 87 and conducting all of the analyses necessary for a safe and effective system. The General Dynamics team, including Austal USA, designed structures and foundations and accomplished the installation in San Diego. “The open-architecture design of the ship’s computing environment and electronic systems made the design and integration of the new NSM system feasible in an accelerated timeline,” said Carlo Zaffanella, vice president and general manager of maritime and strategic systems at General Dynamics Mission Systems.

The NSM, produced by Raytheon, is a long- range, precision-strike weapon that can find and destroy enemy ships at distances up to 100 nautical miles.

In addition to the USS Gabrielle Giffords, General Dynamics will serve as the prime contractor for the integration and installation of the NSM capability on all Independence-variant LCSs already in service.

General Dynamics is the Independence-variant LCS systems integrator, responsible for the design, integration and testing of the navigation, command, control, computing, and aviation systems on each ship. LCS ships are designed to be agile, mission-focused platforms capable in operating in near-shore and open-ocean environments. They are designed to defeat asymmetric anti-access threats such as mines, quiet diesel submarines and fast surface craft.